top of page
This site was designed with the
.com
website builder. Create your website today.Start Now

How to prepare for the next step in decentralised healthcare?

Patients, physicians and health insurers should forget bracing for impact and start to take action. The healthcare services are changing rapidly and I think we can all play an important role in this evolution.

Why should we care about the decentralised market?

When Amazon, Google and Apple started to partner with giant pharmaceutical companies as Novartis and GSK one sees the emergence of a new direct to consumer healthcare market.

Remarkably, traditional partners as physicians and payers are left out in this new market. These collaborations are moving the care process away from the central government or insurers - decentralisation. The recent massive merger between technology companies as (Amazon), banks (JPMorgan) and insurers (Berkshire Hathaway) are more than a frugal partnership as they are much more structured.

This is just the beginning

Do not be fooled by sweet healthcare marketing. The struggle is real. This merger could be the resonance we feel at the surface of the next step towards healthcare decentralisation. Deep down there are power struggles between traditional partners - the shift of tectonic plates in healthcare.

To predict the next steps of decentralised care is impossible, however we could look at cause and effect. How much of this new merger is driven by top-down financial incentives and how much by bottom-up health problems? CEOs of the recent merger all point to the failure of the US healthcare system to provide affordable care for their employees. This cause fits the story of decentralisation neatly as the CEOs are tackling a problem from bottom up. Jamie Dimon, CEO of JPMorgan, makes this point much broader and mentions spill-over effects of their healthcare venture for all US citizens.

The pace of the decentralised evolution greatly depends on the current centralised framework. The financial stakes are high and the old centralised system faces technology that could replace or change the entire healthcare system. Especially in Europe, the government currently determines what types of healthcare transactions are allowed as the government plays an important role as a regulator. For example, Belgium is lacking behind countries as the Netherlands and Sweden, because Belgian law marginally considers a telemedicine transaction to be a valid healthcare transaction eligible for reimbursement. Therefore the real adoption of healthcare technology developed without the traditional partners remains to be fought at the consumer arena, i.e. app store or Amazon marketplace.

How to regain your role as a patient, physician or health insurer?

Looking at the strong position of technological partners (Amazon, Goolge, Apple) in these mergers, healthcare services will be increasingly technological. For instance, I believe that people confronted with conditions in oncology may see increasingly fluid distinctions between their in-hospital and out-hospital life. Three-dimensional polyclinics are moving towards two-dimensional services in your personal environment, i.e. your smartwatch.

It has been recommended to include different stakeholders in the development of healthcare technology for a long time namely through user-centered design. However, this has been done in a staggeringly low amount and on a small scale. The immense amount of time healthcare professionals are dedicating to their medical records should indicate at least that there is a challenge with the use of this new technology.

The increasing role of co-creation as a form of user-centered design could bring a new surge of hope for patients, physicians and health insurers. However, the success will among other factors depend on the actual development of this method and the awareness of all stakeholders to discover this new collaborative terrain. How co-creative you position yourself in the new healthcare market, may well determine whether your organisation or job will still exist in the future.

What role should you take?

So far the ethical consequences of this decentralised evolution have been largely ignored. However, the artificial intelligence currently used by IBM Watson, which is used to analyse the scans of oncology patients showcases the beginning of new products developed outside of the realm of the traditional healthcare partners.

Artificial intelligence stems from mathematicians and philosophers who are involved in information processing optimisation. The goals of caring for a person are quite different. Questioning deep values about what it means to be cared for by an unconscious algorithm and feel healthy in a world that is striving towards immortality are ever important. This discussion is central in projects regarding he value alignment problem.

Bracing yourself for the impact of decentralised healthcare will lead you to become increasingly less relevant. Participating as a patient, physician, or insurer in the discussion in times where co-creation is appreciated is essential. 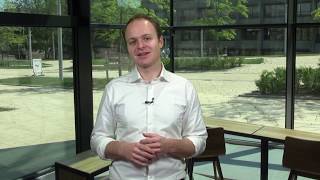 How to prepare for the next step in decentralised healthcare?

How to be a champion in life? Learn from ancient surfing wisdom